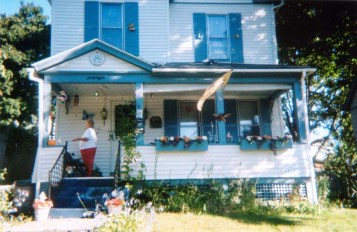 You’ve seen them, the ubiquitous, glossy rectangles gracing spinning racks at tourist sites and convenience stores across the globe… the Important Monument, the Historical Site, the Beautiful Park, the Famous Building…  Postcards provide the images that depict a sense of place. Or do they?

When cities are represented as a collection of glossy images much is left out.  Day-to-day experiences and places that shape regular lives are overlooked.

The intersection of these two observations generated the ongoing public art project called Greetings from MY City, directed by artist/architects Erika Zekos and Gretchen Schneider.  This project celebrates the diversity of a city’s unique people and places through a series of new postcard designs.

In an effort to engage the communities at the heart of this exploration, young students are given disposable cameras to create photo essays that depict the spirit of their communities.  Whether defined by racial identity, architectural style, urban density, landscape, class, or culture, the home neighborhoods of these students include places rarely, if ever, seen in conventional tour guides or the familiar glossy postcards; often these neighborhoods are entirely left off the map.

We effectively curate the work of the student-artists to produce images for the front of a new series.  The postcard backs show a full city map along with a caption that says simply,   “I am …, I live in …, This is MY city”.  The students work with us to learn about cameras, composition, and careful observation.  They learn about their city through mapping exercises.  They discuss their own special places, and the public’s perception of those places (as projected in the media and reflected in community services, for example).  Only then do they venture out to document their neighborhoods.  Afterwards, through a guided process, they select photographs to be printed as postcards.

What results is a series of real postcards.  More profound is the resulting sense of ownership and pride in the communities’ uniqueness both in the student photographers themselves and in the residents who view and utilize these cards on par with the typical examples found throughout the city.  Their distribution (and collection) is an example of their effect, and while impossible to quantify, can be imagined to extend far beyond the reaches of the neighborhoods of their origin. 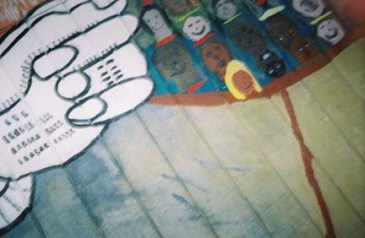