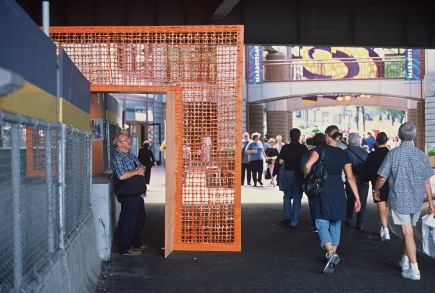 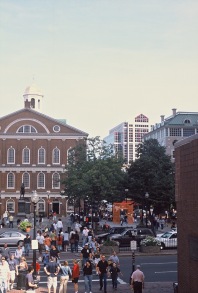 This collaboration with Gretchen Schneider Rabinkin was designed to call attention to Boston’s historic connection to the ocean. Six large scale orange frames were installed along a straight line path running from today’s City Hall Plaza to Boston Harbor marking the location of the historic (and expanding) edge of the city.  Information panels on each frame described a particular view and the relationship of the city and the sea at a particular moment in history.

Since the colonizers began pushing the land outward into the harbor in the 1600’s the edge of the city has moved many times.  In 2003, when Sea The City was installed, Boston’s infamous Big Dig was underway, and the Central Artery was just starting to come down, finally opening up a view corridor from City Hall to Columbus Park and the water beyond.  Our project highlighted that view and helped to educate viewers about the city’s the past and future plans.

Frame 1: This frame was located at the earliest documented shoreline, in front of Faneuil Hall.

Frame 2: Located at the east edge of Quincy Market, this frame was placed on what was once Commercial Street. In early 1800’s the Town Dock was filled in and shortly after, Quincy Market and it’s flanking stores were built in alignment with Faneuil Hall.

Frame 3: Over the decades the city had lost touch with its maritime past.  This frame was located under the remains of the Central Artery, an elevated highway built in the 1970s that traveled over the city further cut the civic center off from the water.

Frame 4: Because the Transportation Authority would not approve of a full frame at this location, panels were laid on the ground on an acre of sod rolled just for the occasion.  This frame looked to the future and shared images from the master plan for the Rose Kennedy Greenway that would be completed over the next decade.

Frame 5:  In the late 1800’s the shoreline of the city had been expanded outward once again. The shipping trade was booming and the harbor was filled with boats, cargo and crews. The Customs House, the heart of the trading business, was built in 1837 at the end of Long Wharf (the tower was not completed until 1915).  This frame was located close to the shoreline behind a construction fence, and spoke to the potential of direct access to the water once again. 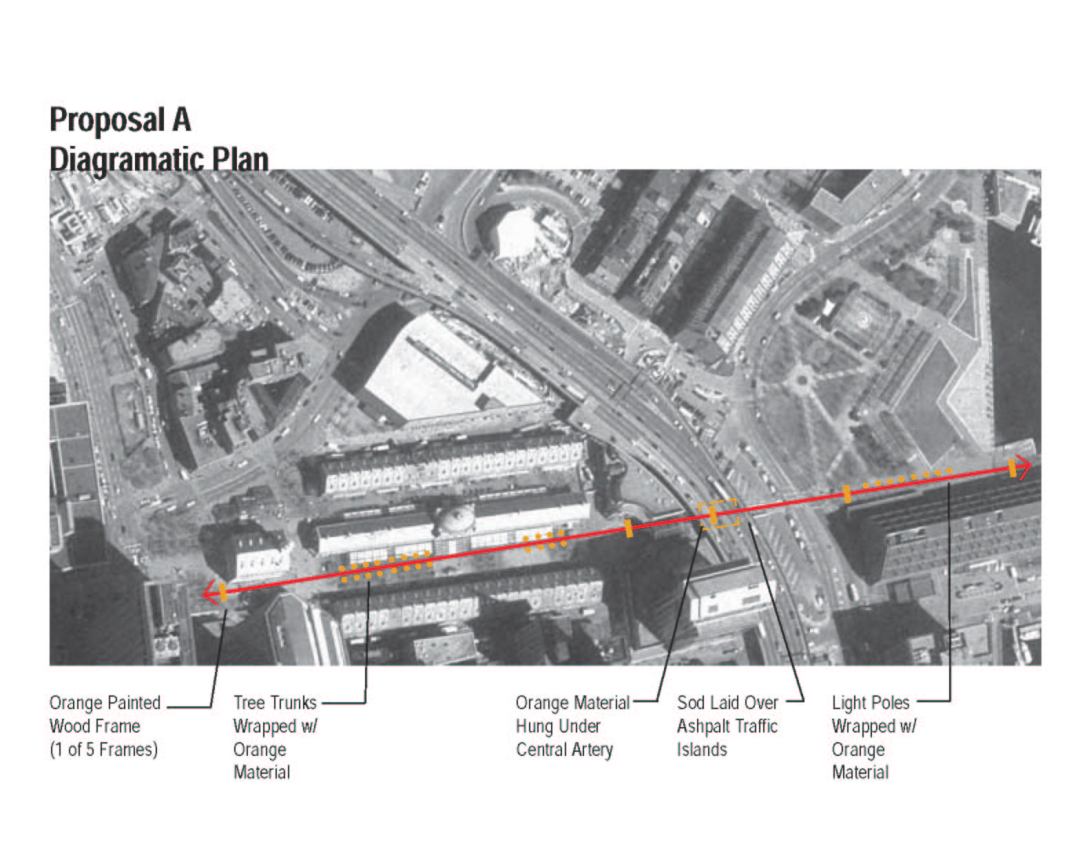